The last Database Fundamentals post introduced the SELECT and FROM commands. We’re going to start using JOIN operations shortly, but first, let’s explore the idea behind joins. The very concept of relational storage that is the foundation of SQL Server requires you to related one table to another.  You do this through a operation called JOIN. There three basic types of JOINS, INNER, OUTER, and CROSS. Think of them like this. It’s all about relationships. The relationships are only ever between two sets of data. Yes, you can combine lots of tables together through a query, but each JOIN relationship will be between two sets of data. 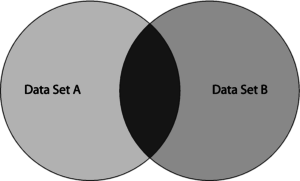 An INNER JOIN is also referred to as an equi-join because it is predicated on the values equaling each other to arrive at the combined data set. The INNER JOIN is probably one of the most commonly used types of relationships between two sets of data. 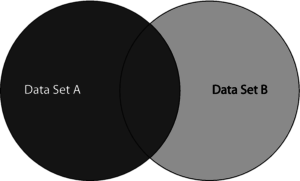 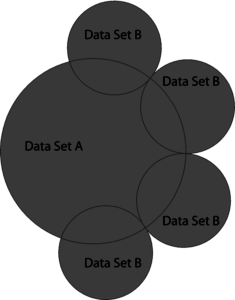 The other common name for a CROSS JOIN is a Cartesian product. This can actually come about when you forget to include JOIN criteria in your TSQL statement. This type of JOIN is rarely used on purpose.

There are other types of JOINs defined by the TSQL standard, but they are not arrived at through operations in the TSQL language as defined by SQL Server, so I won’t bother covering them here. Most of them are actually somewhat theoretical anyway. Most of the time, in most circumstances, these three types of JOINS will get you the data you need.

With a basic understanding of what to expect when you start using the JOIN operator, the data you retrieve with your queries will make a lot more sense.