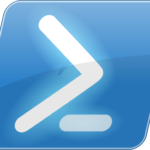 So you want to do some tuning, but you’re not sure how to test a query on it’s performance. Not a problem. Here’s a very rough script that I use to do some recent testing.

This script to test a query is post #11 of the #enterylevel #iwanttohelp effort started by Tim Ford (b|t). Read about it here.

The goal here is to load a bunch of parameter values from one table and then use those values to run a query to test it. To do this I connect up to my SQL Server instance, naturally. Then I retrieve the values I’m interested in. I set up the query I want to test. Finally a loop through the data set, calling the query once for each value.

I’m using ExecuteNonQuery here so I can ignore the result set because, in this case, I don’t care about it. I just want to be able to capture the query metrics (using Extended Events naturally). If I wanted the results to come back I could just use ExecuteQuery.

This is a very simple and simplistic way to do testing. I’m not providing this as a mechanism for all your tests. I’m not suggesting this should be your primary testing tool. This is just a simple way to do some basic testing.

You can easily mix this up to get more realistic tests or add to the tests. Throw in a command to pull the query out of the cache after each call. Now you’ll see how the compile works. Change the order of the retrieved data to make it random. Toss in other queries. Run a set of other queries on a loop in a different PowerShell script to generate load. The sky is the limit once you start playing with this.

The reason I go to PowerShell for this instead of running all these commands as T-SQL through SSMS is because of the more direct control on behavior I get with PowerShell. The ability to ignore the result set is just one example.

If you really want to do load testing and evaluation, I’d suggest setting up Distributed Replay and putting it to work. I’ve used it very successfully for that kind of thorough and complete testing of a system. If you really just want to know how this one query is going to fare, the PowerShell script above will enable you to test a query through this basic test. Just remember to capture the metrics when you’re doing any kind of test so that you can compare the results.

5 thoughts on “PowerShell to Test a Query”