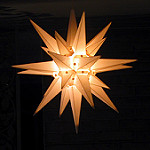 I read all the time how SELECT * hurts performance. I even see where people have said that you just have to supply a column list instead of SELECT * to get a performance improvement. Let’s test it, because I think this is bunkum.

I have here two queries:

I’m basically going to run this a few hundred times each from PowerShell. I’ll capture the executions using Extended Events and we’ll aggregate the results.

I ran the test multiple times because, funny enough, I kept seeing some disparity in the results. One test would show a clear bias for one method, another test would show the opposite. However, averaging the averages we see that things broke down as follows:

That’s after about 2000 separate executions of each query. There’s a 2ms bias towards the Column List query as opposed to the *. That’s an improvement, if you want to call it that, of 1%. It’s hardly worth the bother, assuming that with more testing this continued to hold true. In multiple tests, the SELECT * ran faster. I just feel honor bound to put up the full results. They show an improvement, but not one I’d get excited about. Oh, and the reads, the execution plan, everything else… identical.

Don’t get me wrong, there are lots of reasons to not use SELECT *. Yes, performance is one of the reasons to not use SELECT *. However, when most people suggest that maybe using SELECT * is a bad idea for performance reasons, what they’re saying is you ought to only move the columns you need and the data you are actually using, not everything. I’m not aware of anyone with experience and knowledge suggesting that using the complete column list instead of SELECT * is faster. As we can see in the tests above, it isn’t (or is by so small a margin, who cares).

I love talking performance tuning. In fact, I’ll be doing an all day seminar on execution plans and query tuning before SQLSaturday Providence in Rhode Island, December 2016, therefore, if you’re interested, sign up here.

32 thoughts on “SELECT * Does Not Hurt Performance”