30Mar 2015 by Grant Fritchey No Comments 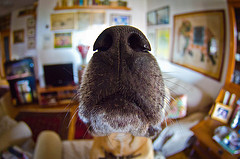 Although, that answer can be slightly, ever so slightly, nuanced…

Parameter sniffing is a good thing. But, like a good wine, parameter sniffing can go bad. It always comes down to your statistics. A very accurate set of statistics with very little data skew (some values that have radically more/less data than other values) and a very even distribution (most values have approximately similar cardinality), and parameter sniffing is your bestest buddy on the planet (next to a tested backup). But, introduce some data skew, let the stats get wildly out of date, or suffer from seriously uneven distribution, and suddenly your best friend is doing unspeakable things to your performance (kind of like multi-statement table valued user defined functions).

SQL Server 2014 has the first upgrade to the cardinality estimator since SQL Server 7. To get the best possible understanding of what that means and how it works, I can only recommend Joseph Sack’s white paper. It’s THE source of good information. All the new functionality within the estimator, for the most part, in most situations, will probably lead to more accurate row estimates. This means, in theory, less bad parameter sniffing. But, if you are benefiting from the old estimation engine, and in some cases you absolutely are, then you may see an increase in bad parameter sniffing. It comes right back around to your statistics and your data distribution.