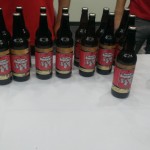 Red Gate visited three cities this year with our SQL in the City event; Pasadena, Atlanta and Charlotte. I just wanted to give you a quick assessment of how the events went from my point of view.

Overall, each and every one of these events was awesome. I can safely say that because each and every one of these events provided something special, the opportunity to network with our peers and with the developers and project managers at Red Gate (who are also our peers, but not usually available to us). I both took part in the networking and stood back and watched it happen. I love seeing a bunch of data pro’s sitting (or standing) in a circle exchanging war stories, ideas, questions, thoughts or suggestions. It means you are building your skill set by extending your network. I saw cards, email and web addresses exchanged. That alone made these events a raging success.

But, it got even better. I also took part in  lots of discussions about how people are using Red Gate software to make their jobs easier. I saw lots of people talking to the developers and project managers. This means you’re very likely to see new and better solutions coming out of Red Gate to make your lives a little easier. The opportunity to provide feedback is one more reason to attend an event like this. The ability to interact with people that are building the tools you use in order to supply them with the information they need on how to make that tool better serve your needs is the kind of opportunity that should never be ignored. It’s one of the reasons I encourage people to go to the Microsoft booth at PASS or TechEd and to visit the SQL Clinic at PASS. You don’t get that many chances to talk to the guys who can directly help you. But we provided that at SQL in the City. Another huge success.

Oh yeah, and there were learning opportunities through presentations in sessions. In addition to talks from Steve Jones, Red Gate developers and me, we had guest speakers helping us out. Mickey Steuwe (b|t) did a session in Pasadena and Charlotte on “Improve Your T-SQL by Changing Your Writing Habits.” Oh, and somehow you attendees got real confused and more of you went to Mickey’s session than to mine. Let’s keep an eye on that (ha! Kidding). Also in Pasadena Ike Ellis (b|t) gave a session called “SQL Server Tips and Tricks.” In addition to that, Ike sat down and walked me through his version of my talk on database deployments. I think Ike’s version of the talk was better than mine in a lot of ways. We may need to get Ike in to give that session. Trust me, you’ll like it. Finally in Pasadena, Ernest Hwang (b) gave a session called “Database Build and Release.” I’m sorry to say I missed the opportunity to meet Ernest.

Atlanta saw a different group of speakers. The touring speakers were the same, but we also brought in Tim Radney (b|t) for a session called “Life as a DBA.” Stuart Ainsworth (b|t) was also in Atlanta doing a session, “Simplifying SQL Development.” Both these guys are good friends and I loved hanging out with them. I have to say, I really like how Tim has his kids cut their hair. You should see the girls (kidding again).

In Charlotte we were able to pull in more speakers. Mickey again (although it’s unclear who had more people this time) with her session. I have to watch this session at some point because it sounds interesting and Mickey is a very good presenter (although, having spent a year as her mentor, I’m not in any way, shape, or form, prejudiced). We got one of my favorite speakers, and writers, Louis Davidson (b|t). I’ve followed his stuff for years and can’t recommend him enough. His session was “Database Design Fundamentals.” Kevin Boles (t), Ex-Navy Nuke O-ganger but still a good guy, did a session called “Windowing Functions: The Reason to Upgrade to 2012.” We also got to have Nigel Sammy (b|t) do a session on logs and backups which I actually got see. It was great. So if you get the chance to check out “Understanding and Controlling Transaction Logs” I can recommend that. Finally Kevin Hazzard (b|t) did a session called “Schema Change Management.”

At the end of each day we had an extended networking session including some networking lubricant (frothy beverages) which is always good.

I’d be remiss if I didn’t point out a few things that didn’t go well (although I’ll take a beating for this later). I hosted my first panel discussion in Pasadena and I really messed it up. I won’t be at all surprised to find it at the bottom of the ratings. I’ll prep better next time and will control the experience more directly. I should have had my own canned questions instead of constantly berating the audience to ask us stuff. Huge error.  I didn’t think lunch went all that well in Atlanta, but it was because the venue was kind of awkward to navigate creating some long lines. These things sometimes happen, but you try to avoid them. I also think my session on automating DBA tasks had just too much material in it, so I was skipping by information that people may have wanted to see. Better to offer less and deliver it than offer more and dance on by. I’ll work on that one if we decide to give it again. 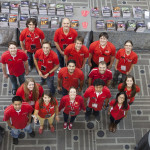 In short, except for some small issues, I thought all three events were simply amazing. I do think the Charlotte event stood out. The venue was simply incredible. The audience, well-sprinkled with experienced PASS Summit attendees (although, only about 1/2 the audience was even going to attend the Summit and, about 1/4 of the audience wasn’t aware that the Summit was going on down the street), was very prepared to engage the speakers directly (which, at least in my opinion, makes sessions much better) with questions, comments and suggestions. Plus, I was already working on a very good SQL Family high that had been building up all week, so maybe I was a little prejudiced.

Thank you to each and every attendee at all three events. I know the organizers practically killed themselves in putting together the event. The speakers worked extremely hard prepping their material. But you make or break an event. You absolutely brought your A-game making these events wonderful.

You’ll be able to track down slides, possibly videos and audio, all at the SQL in the City web site. Thanks again. Pretty sure we’ll be at a new set of cities next year. See you then.