You may or may not have noticed, but every single week day for the month of September, I’ve put up a blog post. Some were short little blurbs linking to some other person’s blog or an article that I decided to comment on. Some were the normal, longer, type of posts that I put up, explaining some bit of technical behavior that has interested me or that I’ve had questions about. This is the last week day of the month and I’m excited to be able to go back to blogging 1-2 times a week again. There was no small amount of stress ensuring that I had posts scheduled out for each day, coming up with ideas, getting them written up.

Well, first off, it was just a personal goal. Could I do it? That part of the experiment is successful and complete. If I were to do this again, I think I’d do what others have done, 30 Days of X. If I had a single topic that I could come up with 30 blog posts about, I think it would be easier than simply bouncing between query tuning, PASS, Azure, whatever jumped into my head or caught my attention. Note, I’m not saying it would be easy. Putting together blog posts is labor. Well, if you care about them at all it’s labor.

Next, I wanted to see how it would affect… influence? I have two pre-cons coming up, one at the PASS Summit and one in Dallas. I was curious if I could drive more registrations to these events. Also, there was a little contest going on in another location, so I was trying to do well there. How did this turn out. OK, but not great. I have more registrations at the PASS Summit than expected, but it didn’t grow that much through September. Which suggests that my attempts at influence were unsuccessful. I also didn’t do too well in the contest. So, saturation may not be a good way to push influence, at least for me. But, you could argue since I was pushing three different agenda’s I diffused all of them. Not sure, but I’ll chalk it up as failed.

Finally, I wanted to see how posting this often affected my ability to pull people into the blog. Using Google Analytics I can compare this past month with the same month last year and with a month earlier this year. Here’s what the daily page views and average time on the page looked like for this past month (minus part of today):

Here is the same measure one year ago:

And here is the measure from May of this year as an average of my normal blogging (seven posts for the month):

What does all that tell me? One thing, If not for the single outlier of 1,162 views on September 20th of 2012 (which coincides with presenting at 24 Hours of PASS), the number of views would have been quite a lot less. Still, the number of views, especially the number per day, is up for this past month. Next, more blogging does mean more hits. It doesn’t lead to better quality hits though. And, the increase in hits wasn’t radical. Better? Yeah, but not for the amount of labor that went into it. If putting together 21 posts vs. 7 resulted in a three-fold increase, it would absolutely be worth it. But three times the work for a 10-30% bump… nah.

Oh, and one more thing. I’ve frequently been a very vocal member of the “post your goals” type of people. But, I’ve been reading lately that keeping your mouth shut on your goals and working quietly towards them can be more rewarding and, much more importantly, more successful. It worked well enough I guess. Hard to quantify this one, but I didn’t tell any of you I was doing this before I did it.

In no particular order, some things I think I might have learned from this 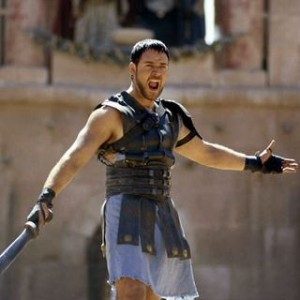