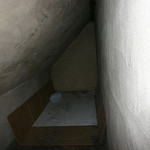 For many years, I loved being a DBA because, unlike being a developer, I could sort of hide from the world. I could go into a dark closet (a well-lit cube, but hang with me here) and hide from everyone (except the people in the cubes next to me, my boss, the teams I supported, the people I passed on the way to the toilet, others) and just be a hermit (except for the daily stand-ups, weekly status meetings, occasional training) and only ever talk to people when things went wrong at 3AM (or at 2PM when the CIO and a bunch of other managers would be standing in my desk). As long as I did my job well, maintaining the backups, running maintenance, and setting appropriate security settings, I didn’t have to interact with people (except when the QA team needed a database refresh, or the dev team wanted an ad hoc deployment, or someone came up and asked me how to make a query run faster, or I had to go to another doggone meeting) at all. DBAs just get to hide in a closet and avoid all human interaction, right?

Yeah, you & I both know that’s not true. Maybe it was once, a very long time ago, but no more. We must interact. If you’re in a very small shop, you’re working on everyone’s systems, with every team, maybe even the entire company. If you’re in a bigger shop, you still interact with the storage team, the network guys, the server guys, the developers, business people, management, etc.. In short, the database professional actually does need at least some people skills (and was that a painful revelation for someone who was already called the Scary DBA). You’re going to need to be able to convince the SAN admin that, yes, in fact, you do care how the disks are laid out and here’s why (and threatening to remove their silly little mustache just gets you a trip to HR, trust me on that). This requires the ability to interact with people, at a personal level. I know, I know. That’s hard. Believe me, I get it. You’re talking to the guy who made a data modeler burst into tears by pointing at their model and laughing. Not good. Not helpful to you, your career, or in getting the model fixed the way you want it to be. You must actually treat people, like people.

What to do? Here’s my suggestion. I’ve taken a couple of classes with Don Gabor. He’s going to be hosting a new one, specifically aimed at IT types, in New York City on March 19th. Check it out. Try it out. Improve how you converse with others and you might just improve your career.