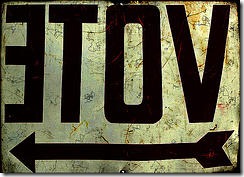 This year the PASS organization is asking us to vote on the PASS Summit 2011 sessions, not as a means of picking them, but rather as a way to tell where there interests that may not be fulfilled. However, we all know it’s down, to a degree, to a popularity contest. I’ve already posted my sessions on this blog and asked you to vote. I’m not even going to link to it. If you’re interested, you will, if not, why bother you. What I am going to suggest is a few sessions by others that you might not have picked.

First up, Jes Schultz Borland (blog|twitter) put on this excellent session at SQL Saturday in Chicago called Make Your Voice Heard! She’s put it in at the Summit for a regular session, and I think it’s going to be a very popular session, if she gets to present it. It’s all about how to take part in the SQL Server Community. If you’re not involved already, it’s worth going to learn how to get started. If you’re already neck deep, you might learn a thing or two from Jes. Either way, it’s a great session with really wonderful interactivity and crayons.

Next, Wes Brown (blog|twitter) gave a session at SQL Rally that, at least from the Twitter feed, must have been the best of the whole Rally. He’s put it in for the Summit, Understanding Storage Systems and SQL Server. We should help make sure it gets through the door so that we can all see it. I missed it at Rally, so this is just my completely self-serving attempt to to have Wes do it again so I can watch it this time.

Steve Jones (blog|twitter) has a magnificent session all about how to land a job in this modern age, Branding Yourself for a Dream Job. I’ve watched it all the way through once and I’ve seen bits & pieces of it a couple of other times. I’ll bet most of you have not had the opportunity. Well, go & vote for it and then you will.

Paul White (blog|twitter) has put in something. Who cares what it is. Go vote for it because it’s like attending a session with Paul Randal (blog|twitter), I guarantee, you’ll learn something. Again, this one is completely self-serving, because, again, I couldn’t attend Paul’s session (that’s Paul White, not Paul Randal) when he flew from New Zealand to Boston (yeah) for SQL Saturday because I had to fill in for someone who cancelled at the last minute. Believe me, I was bummed.

Last one, but certainly not because these are in any kind of order, is Inside the SQL Server Query Optimizer by Benjamin Nevarez (blog|twitter). I was the technical editor on Benjamin’s book, and someone was never more ill-served. I learned more than I taught while I went through that book, by a damned sight. This man is filled with knowledge of the optimizer and if you’re interested in learning about that, you’ll vote for this session.

That’s it. I could go on & on naming all the excellent people who’ve put in stuff, but I just can’t cover it all. If you think I slighted someone, please, add their name & session to the comments.