28Apr 2011 by Grant Fritchey No Comments 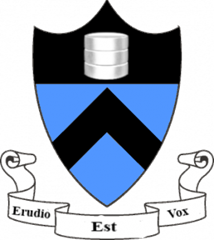 Welcome once more to the Miskatonic branch of SQL University. I see that most off you survived out last encounter… uh, class. Most of you even appear somewhat sane… somewhat. Today we’re going to talk about PowerShell and it’s use with SQL Azure. Which sounds a something like an eldritch horror breaking in from some outer dimension… hmmm… that could explain certain things… So, back to Powershell and SQL Azure.

You can’t run Powershell from SQL Azure. Thank you for attending and enjoy your trip home.

Still here? I did try. Let’s clarify. You can’t run PowerShell from SQL Azure, but I didn’t say that you couldn’t use SQL Azure as a target for PowerShell. It is possible to connect to your SQL Azure databases running PowerShell from a local desktop or server. Let’s examine the basic connections.

The strength of PowerShell, at least in my mind, is in the pipe. The ability to pass information from one command to the next through the pipe is how PowerShell stands out from just another scripting language. SQL Server 2008 R2, and by extension, SQL Azure, has very limited pipe capability (we’re all holding out hope for Denali). What little you can do comes through the Invoke-Sqlcmd (and yes, invoking things at Miskatonic is usually frowned upon).

Connecting to a SQL Azure database from PowerShell is just a question of configuring the connection appropriately. But appropriately isn’t that hard:

Yeah, it’s that easy. This will connect up and run the query. I’d show you the output, but it’s not all that thrilling.

The other way to use PowerShell is to connect to stuff through SMO. Clearly, if I can connect through Invoke-Sqlcmd, then making an SMO connection should be just as easy, and it is:

The key to remember, any functionality that is not supported in SQL Azure, will not be supported through any PowerShell calls. But once you’re in, you’re in. You can begin making use of the abilities of PowerShell to perform automation on your SQL Azure database. Be aware though, you’re still paying for data movement charges. There’s nothing magic here. Also, since PowerShell doesn’t yet run on the SQL Azure server itself, remoting is right out.

Thanks for coming to my class. I hope you begin to employ PowerShell with your SQL Azure implementations. I also hope you all get home. The building’s beginning to shake. Since we’re no where near an active fault line, it usually means yet another visitation from beyond space and time, Why can’t they pick on Harvard occasionally, or go down to Princeton? In New Jersey, who’d notice? I’m heading for my bunker… uh, I mean office. See you next time, maybe.